You are here: Home1 / Blog2 / News/Events3 / Glatt Ingenieurtechnik GmbH is one of the 150 most innovative companies... 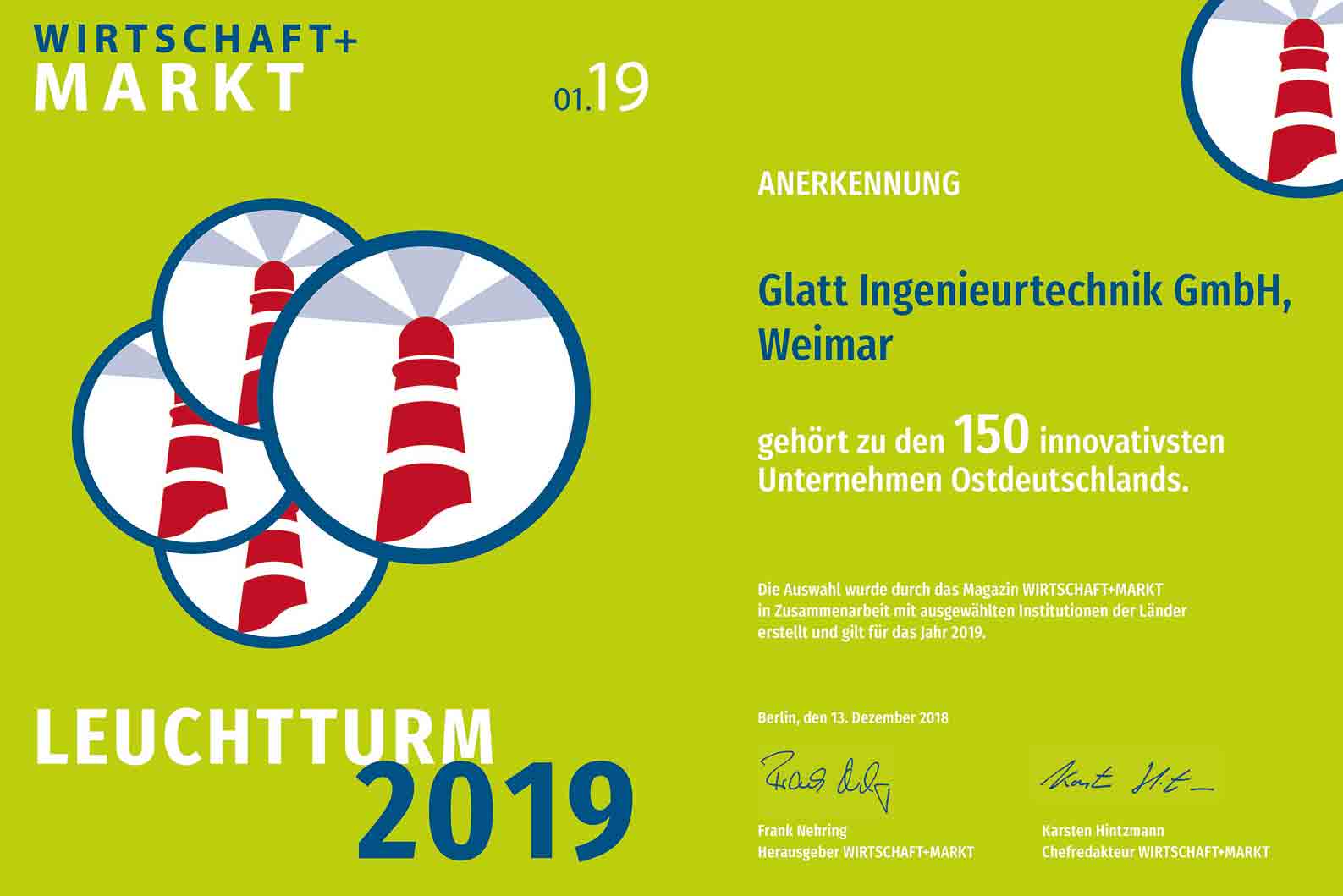 Lighthouses In The East Of Germany

Glatt Ingenieurtechnik GmbH: The Weimar-based company is a member of the growth cores for fluid bed and granulation technology and for particle design in Thuringia, which are funded by the German Federal Ministry of Research.

It maintains close ties with numerous scientific institutions, such as the Bauhaus University in Weimar, the Ottovon Gericke University in Magdeburg and the Technical University of Harnburg Harburg. On the way from the idea to turnkey production, the Weimar-based company advises, plans and implements projects for customers in the pharmaceutical, biolech and chemical sectors as well as the food and feed industries.

In recent years, numerous medium-sized companies from eastern Germany have achieved a leading position on the domestic and international markets with innovative products and developments. In its current issue, the eastern German business magazine WIRTSCHAFT+MARKT presents 150 of the most innovative eastern German companies from seven sectors. These include mechanical engineering, the mobility sector, the IT and digital economy, energy and environmental technology, the healthcare industry, the chemical and plastics industries, and the food and agricultural industries.

In addition, the paper presents 20 research institutes and universities that are among the most important cooperation partners of the innovation-driven eastern German SME sector.
The ministries of economics of the five new states and Berlin, the state development agencies and the investment banks of the states were actively involved in the nomination and selection of the 150 innovation leaders. Frank Nehring, publisher of WIRTSCHAFT+MARKT magazine: “The 150 companies ultimately selected are – in a positive sense – just the tip of the iceberg. A placement in this issue of our magazine would have been deserved by many more companies.”

The spectrum of highly innovative products is extremely broad. It ranges from all-electric trucks and specific multi-material printers to collagen fleece for spinal surgery or hyperspectral cameras used in the international recycling industry.
The five East German minister presidents and Berlin’s governing mayor unanimously praised to WIRTSCHAFT+MARKT the creativity of the bright minds in their states as well as the willingness of domestic SMEs to innovate.

Back to the overview

PHOS4green presented at the State Association of the Recycling Industry Saxony...